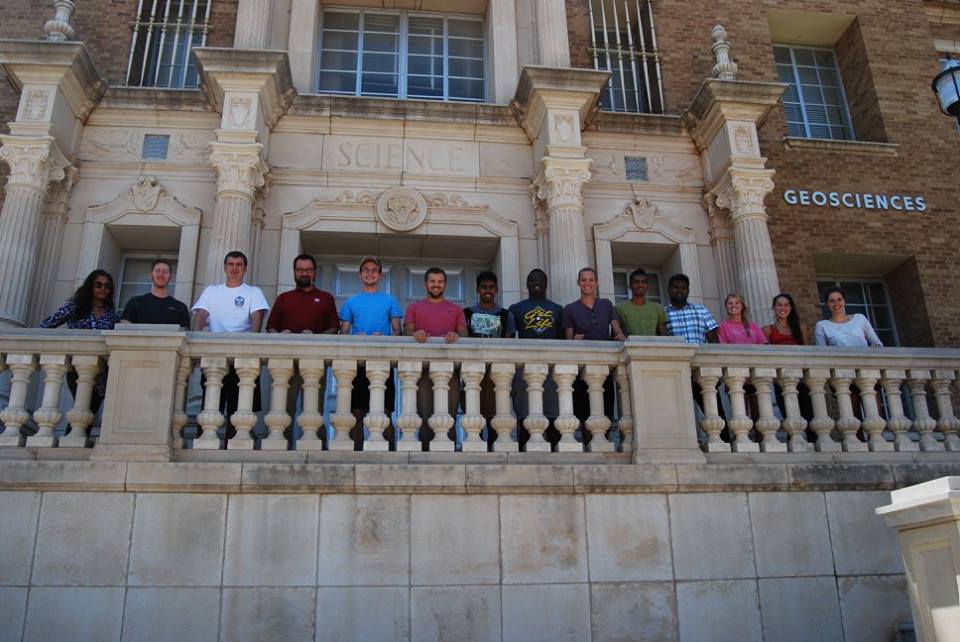 Funded by a grant from ExxonMobil through President Obama’s 100,000 Strong in the Americas Program, science students from the University of Guyana and Texas Tech University in100,000 Strong in the Americas Lubbock, Texas were afforded a unique opportunity to learn about enhancing capacities to support the oil and gas sector. In mid-July, UG students traveled to Lubbock to attend classes at the university and conduct experiments in state-of-the-art laboratories.   Students gained a general understanding of the petroleum exploration process, introductory knowledge of the value chain associated with exploration and production of hydrocarbons.  Students also gained experience with Petrel software suite and utility in viewing seismic and petrophysical data.  Outside of class, they visited the picturesque Caprock Canyons State Park to witness firsthand some of the sedimentary wonders that fascinate geologists today.

From July 24-August 3, Texas Tech students reciprocated the visit and were joined by their UG classmates to listen directly to Minister of Natural Resources to learn the steps Guyana is taking to ensure that the country is prepared for the production of petroleum that is set to begin in the next five years.  ExxonMobil geologist Richard McKenzie also spoke to the group and expressed the corporation’s delight in sponsoring such a worthwhile experience for the students. He encouraged students to continue their study in the sciences and to be a part of making a positive difference in their countries – both in Guyana and the United States. Students traveled to Linden to see the bauxite mining areas and were briefed by the National Industrial and Commercial Investments Limited (NICIL) Chief Executive Officer on the history of bauxite in Guyana. Texas Tech students and faculty also went to Kaieteur Falls to experience the power and majesty of one of Guyana’s most impressive natural wonders.

U.S. Ambassador Perry Holloway expressed his strong support for the program and confirmed to Texas Tech Professors Gad Perry and Dustin Sweet, as well as UG Professor Calvin Bernard, the willingness of the U.S. Government to help Guyana transition into an oil-producing nation.