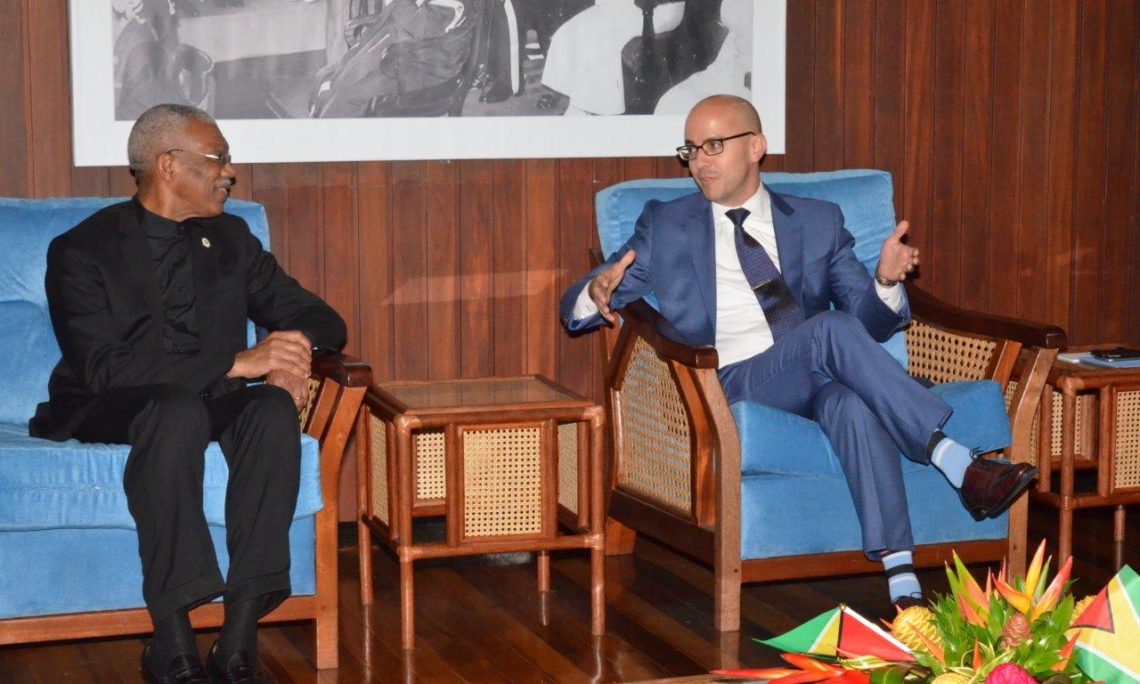 Deputy Assistant Secretary at the State Department for Caribbean and Central American Affairs Juan Gonzalez and United States Coast Guard Captain Robert J. Landolfi representing the Commandant of the United States Coast Guard visited Guyana on the occasion of Guyana’s 50thAnniversary of Independence.  The primary purpose of their visit was to serve as President Barack Obama’s representatives to the Golden Jubilee celebrations.