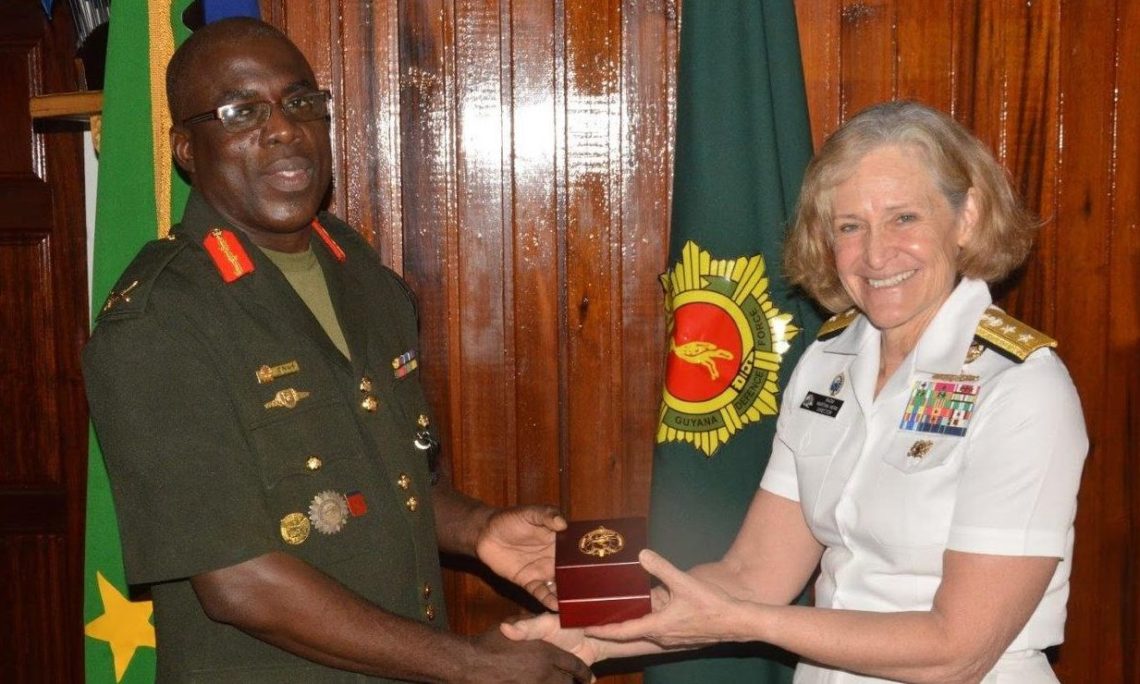 Rear Admiral Martha Herb of the United States Navy called upon Prime Minister Nagamootoo as part of Guyana’s celebration of the Women’s Army Corps.  RADM Herb is in Guyana throughout the weeklong celebration.  Among other topics, the Rear Admiral will be speaking on “the role of women in an evolving armed forces” and “the effects of violence against women on the whole of society.”

The GDF invited RADM Herb by name to the 50th Anniversary of the Women’s Army Corps for her continued work in women’s integration in armed forces throughout the Americas, including the Caribbean.

The Rear Admiral is originally from Atlanta, Georgia.  She was one of the first women officers to graduate from the Naval School of Diving and Salvage in Washington, D.C., and was selected to the Women Diver’s Hall of Fame.  She is the recipient of numerous personal decorations and campaign medals.