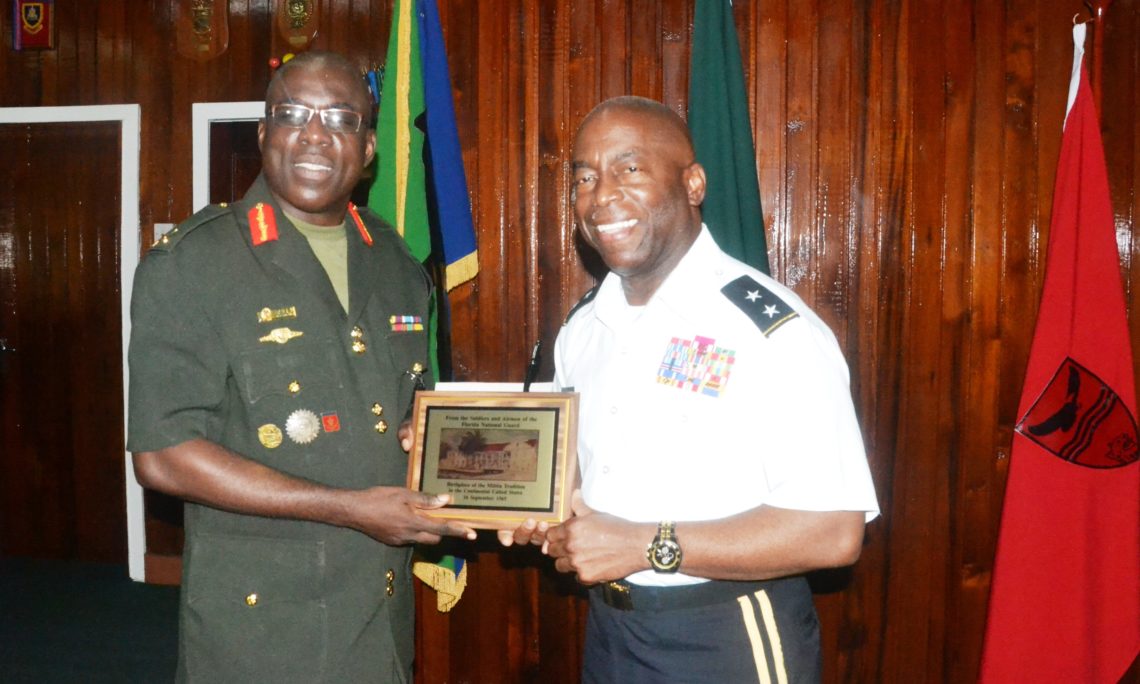 Major General Michael A. Calhoun, The Adjutant General of the Florida National Guard, recently concluded his initial visit to Guyana as the commander of the State Partnership Program. The Major General paid courtesy calls on Prime Minister Nagamootoo and Brigadier Patrick West, the Guyana Defence Force Chief of Staff.

The Major General expressed interest in GDF medical and engineering capabilities, and said he looks forward to continuing the parties’ excellent relationship. The Florida National Guard and the GDF have enjoyed a strong relationship since beginning the State Partnership Program in 2003.

Originally from Saint Augustine, Florida, Major General Calhoun began his military career as a Pharmacy Officer. He is the recipient of many decorations and medals.