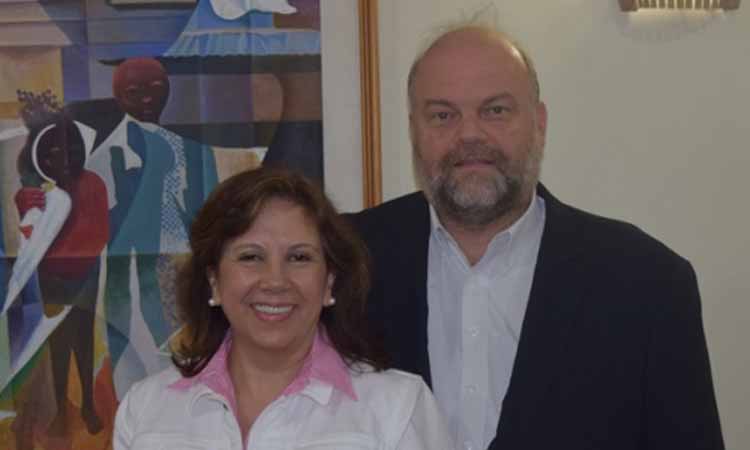 Ambassador Perry Holloway arrived in Guyana Thursday, September 24th after having been confirmed by the Senate in August.

Ambassador Perry Holloway arrived in Guyana Thursday, September 24th after having been confirmed by the Senate in August.  He was sworn in as Ambassador to the Cooperative Republic of Guyana on September 18, 2015.

Ambassador Holloway, a career member of the Senior Foreign Service, class of Minister-Counselor, most recently served as Political-Military Counselor at the U.S. Embassy in Kabul, Afghanistan (2013 – July 2014).  Known as a talented leader, consensus builder and manager, with broad, high-level policy experience in Latin America and in managing the interagency process, Ambassador Holloway will bring essential skills to the task of furthering bilateral relations with the Government of Guyana, an important U.S. partner in Latin America and within the Organization of American States.

Ambassador Holloway earned a B.A. in foreign languages from Wofford College in Spartanburg, South Carolina, a M.A. in International Business Sciences from the University of South Carolina, and a M.A. in National Resources Strategy from the Industrial College of the Armed Forces in Washington, D.C.  He is the recipient three Senior Foreign Service Performance Awards, eight Superior Honor Awards and two Meritorious Awards from the Department of State.

He speaks fluent Spanish. Ambassador Holloway, and his wife Rosaura, have two children.