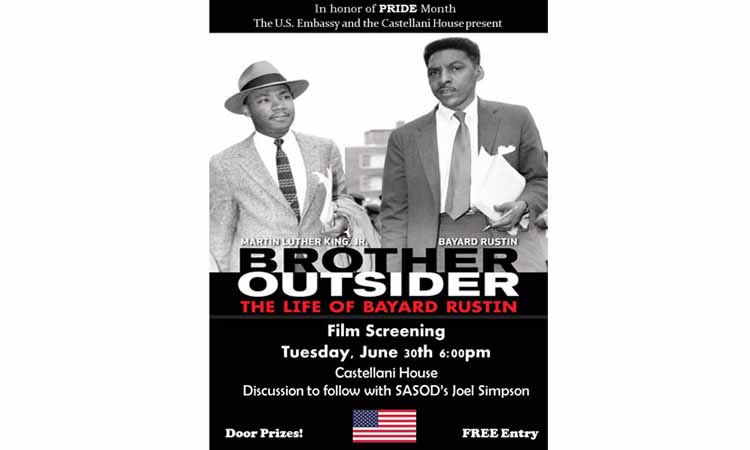 The U.S. Embassy, the Castellani House, and the Society Against Sexual Orientation Discrimination (SASOD) proudly present a film screening to commemorate Pride Month.  The film will be shown at the Castellani House to observe Pride Month, which was designated by President Barack Obama  this year to recognize the significant contributions of LGBT people throughout the world. Pride Month was first officially recognized in the United States in 2000 by President Clinton.

Brother Outsider  is a documentary film illuminating the life and work of Bayard Rustin, an openly gay man that played a crucial role in the American civil rights movement.  Following the film, there will be a short discussion and Q&A with Joel Simpson, Managing Director of SASOD.