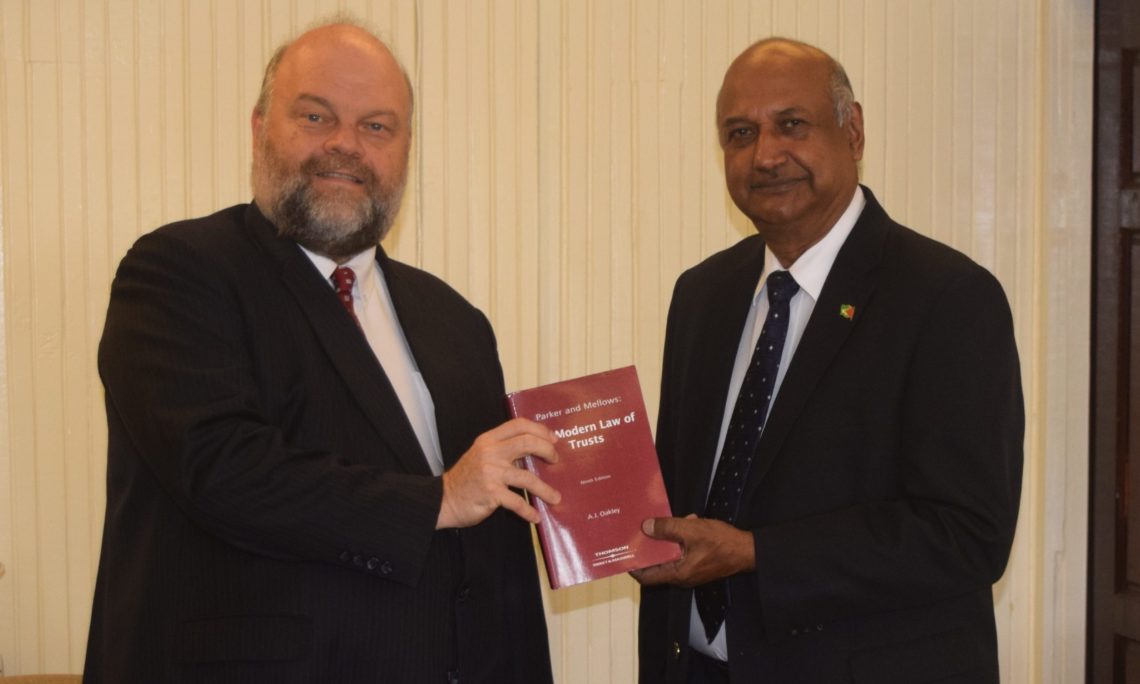 Ambassador Perry Holloway this morning turned over 56 law books valued at more than US$25,000 to the Honorable Chancellor of the Judiciary, Justice Carl Singh.

The donation complements the U.S. Embassy’s ongoing project “Strengthening the Criminal Justice System in Guyana,” launched in September 2016, funded by the Bureau of International Narcotics and Law Enforcement within the Department of State.

The U.S. government holds dear the right of citizens’ access to justice and respect for the rule of law.  This gift of law books to the Supreme Court and Court of Appeal allows for those working in the criminal justice system, and ordinary citizens alike, the ability to research and better understand the law.

In presenting the law books, Ambassador Holloway said, “We hope this donation also provides greater access to information for members of the judiciary, law students, the law enforcement community, and members of the public who seek clarification on legal matters and are unable to afford the services of an attorney-at-law.”

Chancellor Singh expressed his sincere gratitude for the donation on behalf of the Court of Appeals, prosecutors, judges, and others who work in the judicial sector.  He stressed that laws are the basis for a democratic society and that if people do not have the means to access the laws then democracy is ill-served.

The Government of the United States of America will continue to support Guyana, and its judicial entities, to increase their effectiveness and proficiency as they too seek to ensure access to justice for all.