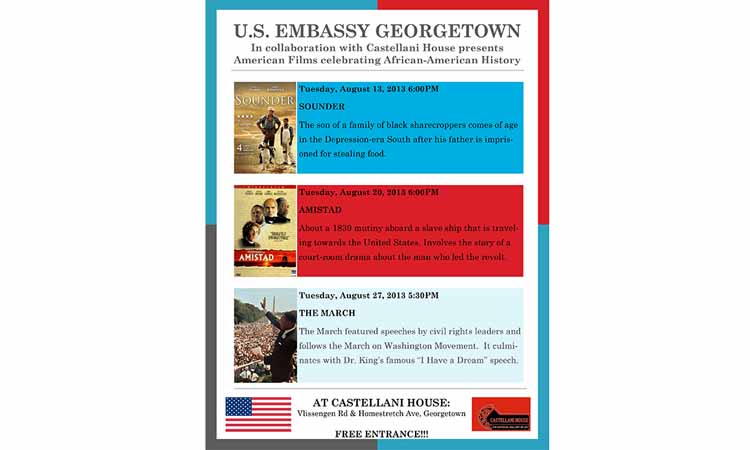 The Morgans, a loving and strong family of Black sharecroppers in Louisiana in 1933, face a serious family crisis when the husband and father, Nathan Lee Morgan, is convicted of a petty crime and sent to a prison camp. After some weeks or months, the wife and mother, Rebecca Morgan, sends the oldest son, who is about 11 years old, to visit his father at the camp. The trip becomes something of an odyssey for the boy. During the journey he stays a little while with a dedicated Black schoolteacher.

Based on the true story of America’s slave trade, the film shows the saga of an 1839 mutiny aboard the slave ship, Amistad. Much of the story revolves a courtroom drama as lawyers for the slaves seek their freedom and return home. The case is a watershed moment for America-Spain relations, and reveals the political machinations as it holds repercussions on the North-South conflict eventually leading to America’s Civil War.

The idea for a march on Washington came originally from A. Philip Randolph, a prominent American Civil Rights and Labor leader. In 1941, he hoped to pressure the Roosevelt Administration to use federal executive power during the war to open job opportunities across industry and government to blacks. Randolph never gave up, and in 1963, he marched with Dr. Martin Luther King, James Forman and others. The March featured speeches by civil rights leaders as well as music by folk and other popular singers. It culminates with Dr. King’s famous “I Have a Dream” speech.