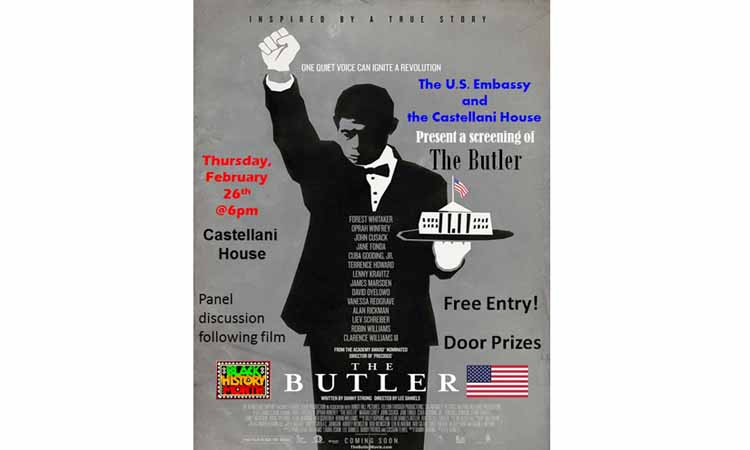 The U.S. Embassy and the Castellani House have organized a Film Screening to commemorate Black History Month.  The Butler will be shown at the Castellani House to observe Black History Month, and to recognize the contributions of many people of African descent.  This is an annual celebration of achievements of Black Americans and an opportunity to highlight the central role of African Americans in U.S. history.

After leaving the South as a young man and finding employment at an elite hotel in Washington, D.C., Cecil Gaines gets the opportunity of a lifetime when he is hired as a butler at the White House.  Over the course of three decades, serving eight presidents during his tenure as a butler at the White House, Cecil has a front-row seat to history and the inner workings of the Oval Office. However, his commitment to his “First Family” leads to tension at home, alienating his wife (Oprah Winfrey) and causing conflict with his anti-establishment son.