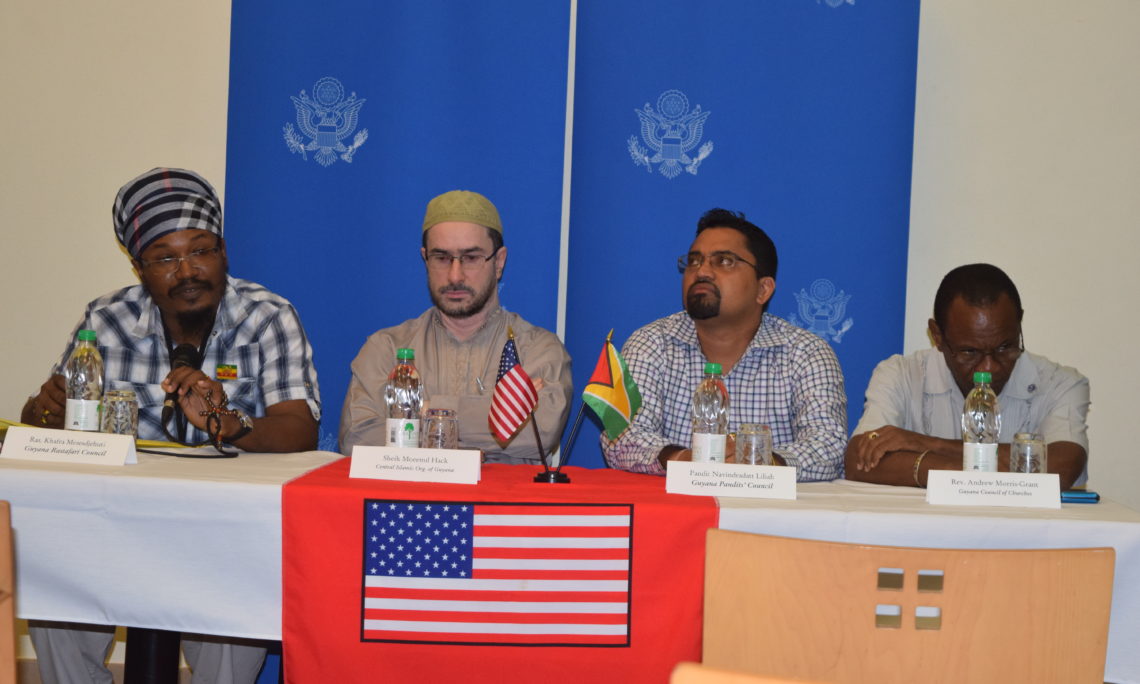 Panel of religious leaders from the Rastafarian, Islamic,Hindu and Christian faiths

Thank you for being here this morning.  It is an honor to be here with all of you.  The concept of freedom of religion is found in the First Amendment of the United States Constitution.

The idea of Freedom of Religion also is enshrined in Article 18 of the Universal Declaration of Human Rights, which states that “everyone has the right to freedom of thought, conscience and religion; this right includes freedom to change one’s religion or belief, and freedom, either alone or in community with others and in public or private, to manifest his religion or belief in teaching, practice, worship and observance.”

The enjoyment of this freedom is propelled by tolerance – a virtue that allows one religious group to coexist with others who may differ in their way of worship or religious beliefs.  The United States values, supports and commends religious tolerance, and freedom of religion, for all people.

Worldwide, promoting religious freedom and tolerance is a formidable challenge because 74 percent of the world’s population lives in countries where those rights are restricted.  And as we have seen, restrictions on religious freedom and lack of respect for religious pluralism and diversity of belief have often led to persecution or violence.

It is, therefore, heartening to see the existence of so many groups making up Guyana’s religious demography.  The plurality of religions and the peaceful coexistence of the groups as they practice their faith provide a great lesson in tolerance.  So how does Guyana do it?  It is our hope that the conversation here today will not only answer that question, but will serve as a platform for the religious groups represented here today to reaffirm their commitment to religious tolerance here in Guyana.  In fact, it is my hope that this incredible tolerance for different religions in Guyana will one day spill over into other areas of Guyana.

Our panel today holds representatives from Muslim, Hindu, Christian, and Rastafarian organizations.  And among the audience we have representatives of these religious groups, as well as members of civil society.  So, without wasting any more of your time — let’s talk.  Thank You.