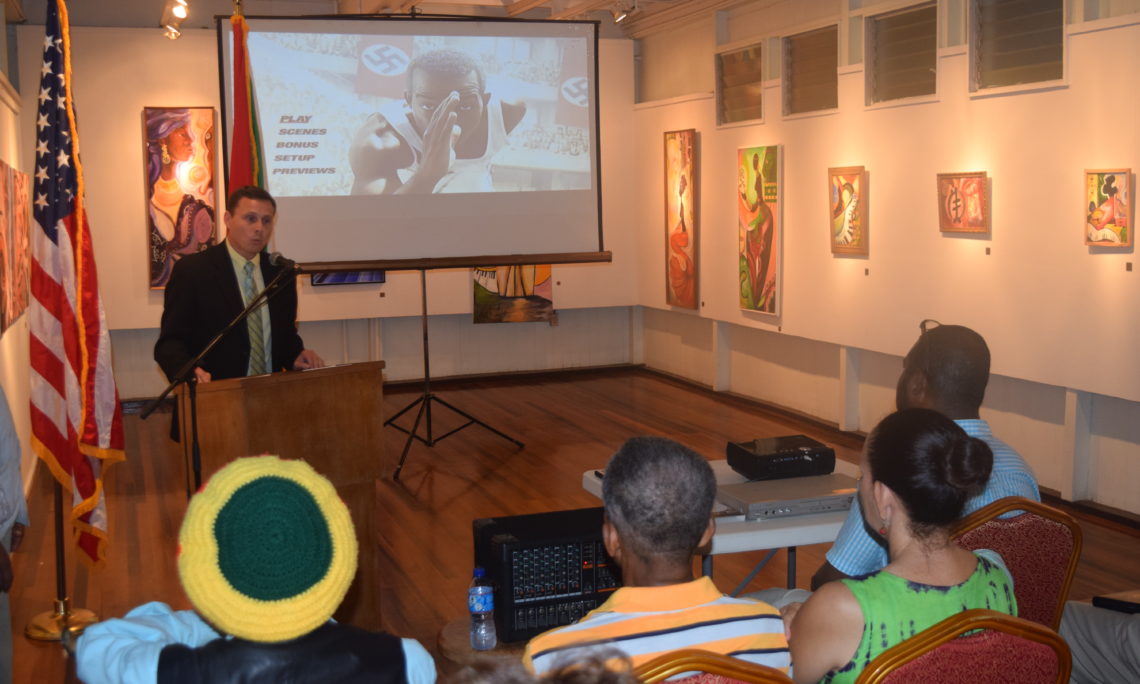 Thank you all for your warm welcome, and special thanks to the Castellani House for hosting us in this beautiful art gallery.  It is my first visit here, but I am sure it is the first of many to come.

Tonight we honor the 53rd anniversary (celebrated this past Sunday) of Dr. Martin Luther King’s March on Washington speech, or more commonly known as the “I Have a Dream” speech.  With those four words, Dr. King gave inspiration to thousands of people to stand up and fight for equality, justice, and peace.

His universal words were not just inspiring for African Americans, they gave hope to the poor and disadvantaged all of over the world.  By honoring Dr. King, we honor all people, past and present, who stand up for equality and justice.  These are universal values that the United States shares with Guyana.

The civil rights movement was driven by small acts of courage – by individuals who stood up for what was right.  Despite the threats and acts of intimidation, leaders like Martin Luther King, Jr., Rosa Parks, and Thurgood Marshall stood their ground and fought for their beliefs.  It is because of their bravery that historic legislation was passed and society was able to change for the better.

Tonight, on the heels of the successful completion of the Olympic Games in Rio, we take a look at the social landscape that preceded Dr. King.  We look at the inspiring, true story of Jesse Owens, the 1930’s version of Usain Bolt.  He lived in an America where the doctrine of “separate, but equal” was the prevailing rule of law.  He lived in a time when he had to shower after White athletes, and he had to enter buildings through different doors as Whites.  He also lived in a time when Adolf Hitler was the leader of Germany, and was about the threaten the way of life of the free world, and brutally murder people simply based on their religion.  By competing in the Olympic Games, he made a statement that transcends from sports into society.   He said,

“ We all have dreams. But in order to make dreams come into reality, it takes an awful lot of determination, dedication, self-discipline, and effort.  The battles that count aren’t the ones for gold medals. The struggles within yourself – the invisible, inevitable battles inside all of us – that’s where it’s at.”

While the Civil Rights era was just the beginning of the quest for equality and freedom for all races and religions in the United States, Dr. King’s speech, some thirty years after Jesse Owens’ remarkable performance at the Berlin Olympic Games, gave hope and faith that change would surely come to the United States and the world.  The struggle continues today.

Enjoy the film, and thank you all for coming tonight.  I promise no one will have to run the 100-meter dash at the end.