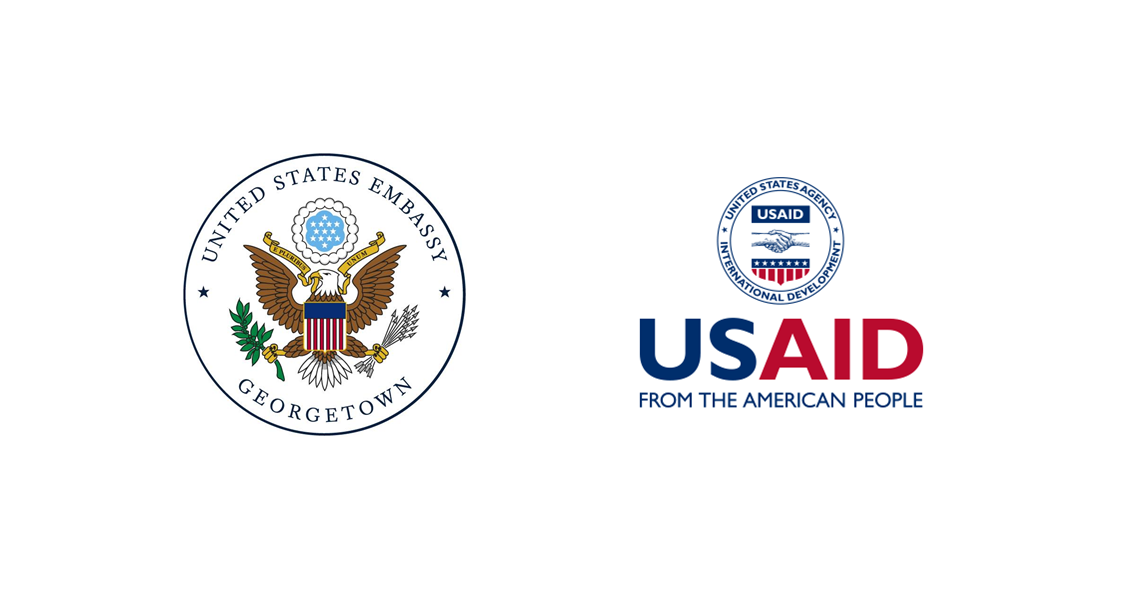 It is wonderful to join you for the opening of the Second USAID Eastern and Southern Caribbean Regional Climate Symposium. This symposium focuses on two very important topics: Climate resilient food systems and inclusive and just climate action. I am pleased to see that the U.S. Government, through USAID, has continued this tradition of bringing experts and regional voices together to advance regional climate action.

Last year, I also had the pleasure of participating in the First Regional Climate Symposium. This event came on the heels of the U.S. Government re-joining the Paris Agreement and hosting the Leader’s Summit on Climate. Since the first symposium, we continue to demonstrate our firm commitment to tackling the climate crisis. In the lead up to COP26 in November 2021, we saw the United States and other countries announce ambitious new climate targets and commitments, such as the Global Methane Pledge. At COP26, the United States announced our first-ever contribution to the Adaptation Fund, which resulted in new resources in the amount of $356 million US dollars from contributing national and regional governments, around three times the previous level.

President Biden also announced the President’s Emergency Plan for Adaptation and Resilience (PREPARE). This is a whole-of-government initiative that will serve as the cornerstone of the U.S. Government’s response to addressing the impacts of the climate crisis to enhance global stability. The President will work with Congress to annually provide $3 billion US dollars in adaptation finance for PREPARE by fiscal year 2024 – the largest U.S. commitment ever made to reduce climate impacts on those most vulnerable to climate change worldwide.

Most recently, at the Summit of the Americas in June, Vice President Kamala Harris launched the U.S.-Caribbean Partnership to Address the Climate Crisis 2030 (PACC 2030). PACC 2030 establishes a framework to elevate U.S. cooperation with Caribbean countries to support climate adaptation and strengthen energy security and resilience.

During last year’s symposium in June, I witnessed the signing of a Memorandum of Understanding between USAID and the leading CARICOM agencies involved in addressing the climate crisis. The MOU serves to strengthen the current institutional ties between them, as a basis for collaborating in the delivery of services to Member States of CARICOM. The USAID Mission leveraged the relationships fortified through the signing of this MOU to take concrete actions to support the region’s climate resilience.

For example, the Mission provided emergency response services to flooding in Guyana and Suriname through its partnership with the Caribbean Disaster Emergency Management Agency. It also supplied emergency telecommunication equipment to seven National Meteorology Offices, and trained personnel in the piloting of drones to monitor critical water resources with the Caribbean Institute of Meteorology and Hydrology. It has also provided small grants of over 2.8 million US Dollars to community-based organizations across the Caribbean to implement small projects to build climate resilience, including here, in Guyana. Recently, the Mission signed a new 6 million US Dollar award that will develop and advance policies and legislation for comprehensive disaster management.

We recognize that Guyana is also nearing the end of the public consultation process of its Low Carbon Development Strategy and we applaud the Government of Guyana for this ambitious document which charts a path for a new, low-carbon economy. This represents another area that we are exploring for possible support in the region.

Amidst all these positive developments, as I speak to you today, I must acknowledge that CARICOM nations, struggling with the impact of the climate crisis, and still recovering from the COVID-19 pandemic, now face another serious problem: a food crisis.

The COVID-19 pandemic and associated supply chain disruptions have resulted in negative regional consequences. According to the results of a recent survey conducted by CARICOM and the United Nations World Food Programme, an estimated 2.8 million people or nearly 40 percent of the population in the English-speaking Caribbean is food insecure, one million more than in April 2020. Since 2020, COVID-19 related supply chain issues and supply-side deficits exerted inflationary pressures on the price of food in the Caribbean. This situation is being compounded by the current conflict in Ukraine.

Amidst rising food insecurity, the region is bracing itself for another above average Atlantic Hurricane Season which started in June and has the potential to push more people into hunger. Climate change and natural hazards pose key threats to agricultural development in the Caribbean. Some of the main challenges to the agriculture sector include droughts, temperature increase, lower precipitation, sea level rise and saltwater intrusion, increased intensity of cyclones, and shifting agricultural seasonality. While such concerns are globally relevant, climate change and natural hazards are likely to affect agricultural development and overall economic growth more dramatically in the Caribbean than many other countries because of their exposure and vulnerability profile. Indeed, climate change is poised to make an already fragile agricultural sector even more brittle.

CARICOM has a “25 by 2025” vision which is aimed at reducing the regional food import bill by 25 percent by 2025. Guyana, with lead responsibility for Agriculture, Agricultural Diversification and Food Security is leading an action-oriented food security agenda to meet this target. The U.S. Government, through USAID, was pleased to participate in the Agri-investment Forum and Expo in May. At the Expo we showcased USAID’s Economic Development Accelerator Program, which is providing business training, coaching, other business development support, and access to capital for growing agro-processing businesses in Guyana.  In Guyana, USAID’s Farmer-to-Farmer program, which you will hear more about today, is also supporting sustainable livestock systems.

We recognize that more support is needed to both expand the region’s agriculture sector and climate proof investments in food production. Under the U.S.-Caribbean Partnership to Address the Climate Crisis 2030 the U.S. Government has committed to accelerating the development and adoption of climate and disaster resilient approaches in the region’s priority economic sectors, including agriculture, and implementing climate-smart resource management strategies.

The region has highly capable agencies and organizations which build resilience in the agriculture sector. Today’s event provides a platform for us to hear about their excellent work, and to bring them together with international experts also addressing this issue and practitioners intimately involved with the challenges on the ground, to share solutions.

I hope that this climate symposium, like last year’s event, can serve as a catalyst for deeper collaboration between the participants, those of you joining us online and the U.S. Government, as we continue to support the region to address all aspects of the climate crisis.

Thank you very much.