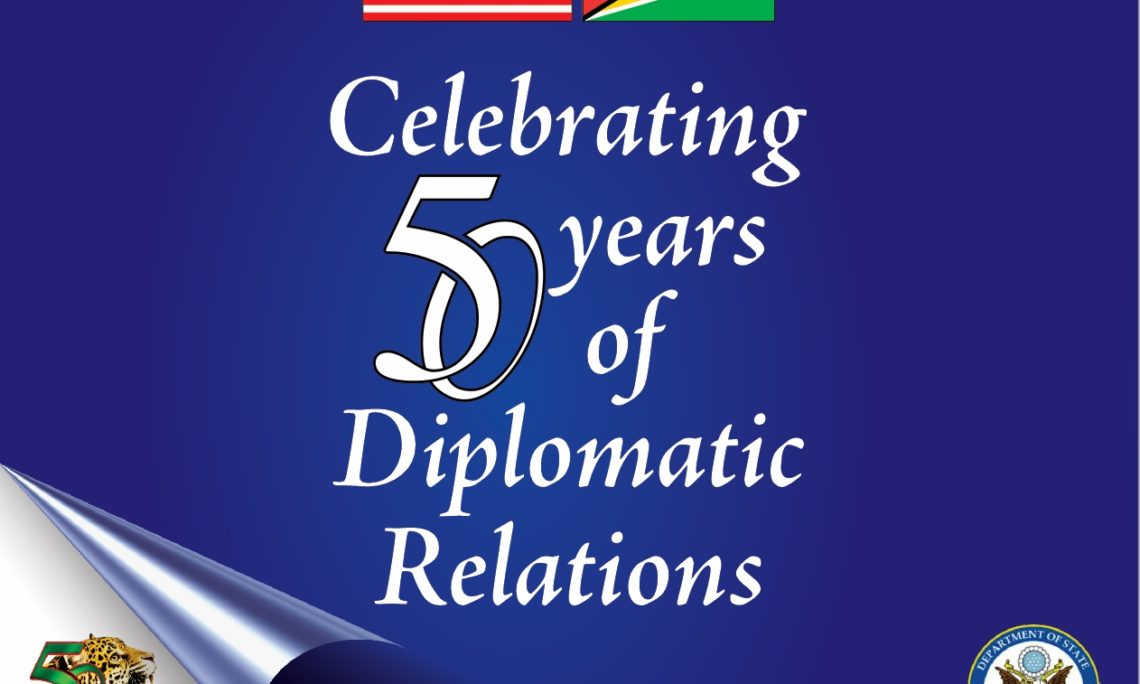 U.S. policy toward Guyana seeks to develop robust, sustainable democratic institutions, laws, and political practices; support economic growth and development; promote an active, organized, and empowered civil society; and promote stability and security. Beginning in the late 1980s, Guyana sought to improve relations with the United States as part of a decision to shift toward political nonalignment, moving from state socialism and one-party control to a market economy and greater freedom of the press and assembly. This shift, recent free and fair democratic elections, closer security cooperation, and expanding trade and investment have helped place U.S.-Guyanese relations on excellent footing.

The United States values Guyana’s partnership and cooperation on issues of mutual interest. Together, the two countries promote democracy and respect for human rights; empower youth, women, the private sector, and civic/opinion leaders to formulate grassroots responses to social and economic challenges; support new initiatives to improve the health of the Guyanese people; and, through the Caribbean Basin Security Initiative, enhance the security and prosperity of the region.

Working together through the Caribbean Basin Security Initiative (CBSI), the United States and Guyana, along with other nations of the Caribbean, are combating drug trafficking and other transnational crimes that threaten regional security. The United States also works closely with Guyana in the fight against HIV/AIDS through the President’s Emergency Plan for AIDS Relief (PEPFAR) program. U.S. agencies, including the U.S. Centers for Disease Control and Prevention (CDC), and the U.S. Agency for International Development (USAID), are administering a multi-million dollar program of education, prevention, and treatment for those infected and affected by HIV/AIDS, and contributing to the country’s health care capacity. The Public Affairs Section is developing people-to-people ties through exchange programs such as the Youth Ambassadors program, Young Leaders of the Americas Initiative, Global Entrepreneurship Summit, and the 100,000 Strong in the Americas Innovation Fund, and by supporting meaningful discourse with civil society, the private sector, and government on issues of bilateral importance through cultural, educational, sports and music programs. U.S. military medical and engineering teams continue to conduct training exercises in Guyana, digging wells, building schools and clinics, and providing medical treatment.

The Bank of Guyana’s Annual Report calculated GDP for 2015 at USD 3.2 billion, with a per capita GNI of USD 4,125, based on the purchasing power parity model. Based on GDP per capita (purchasing power parity), Guyana remains one of the poorest countries in the Western Hemisphere, currently ranking fifth, above only Haiti, Honduras, Nicaragua, and Bolivia. This makes Guyana the second poorest country in both South America and the Caribbean.  The Bank of Guyana reported annual GDP growth for 2015 as 3 percent. The drivers of this growth were gold, rice, sugar, livestock, and manufacturing, along with service activities in the transportation and storage sub-sectors. The urban inflation rate for 2015 declined by 1.8 percent due to a sharp drop in food and fuel prices. Net international reserves at the end of 2015 stood at USD 751.2 million, compared to USD 825.2 million in 2012. According to the Bank of Guyana, in 2015 remittances to Guyana decreased by 11 percent (equivalent to USD 36.2 million) to USD 293.5 million. Remittances in 2015 represented 19.41 percent of Guyana’s GDP.

The United States continues to be one of Guyana’s most significant trading partners. According to the U.S. Department of Commerce, Guyana recorded a USD 148.5 million merchandise trade surplus with the United States in 2013. This represents a decrease from 2012 in which Guyana recorded a trade surplus of USD 163.1 million. The U.S. market remained significant for Guyana with export earnings of USD 431.1.8 million at the end of 2015. This represented a 14 percent decrease from export earnings of USD 501.4 at the end of 2014. Guyana’s imports from the United States amounted to USD 368.1 million at the end of 2014, a one percent decrease from an imports value of USD 370.0 million in 2014. Guyana’s major exports to the United States in 2015 continued to be non-monetary gold, fish and shellfish, aluminum and bauxite, lumber and wood, and apparel and household goods. The major imports from the United States in 2015 were machinery, foodstuffs, animal feeds, petroleum products, chemicals, computers and computer accessories, passenger vehicles, telecommunication equipment, and pharmaceuticals.

The United States Geological Survey (USGS) has identified the Guyana-Suriname basin as having the second highest resource potential among unexplored oil basins in the world.  Estimates indicate recoverable oil reserves of 15 billion barrels of oil and gas reserves of 42 trillion cubic feet. In May 2015, ExxonMobil announced its discovery of a “significant” find of oil off Guyana’s coast. Further test drilling has confirmed this find with estimates of roughly one billion barrels of recoverable from the area around the test wells. ExxonMobil is continuing its exploratory operations as of July 2016. Under the Energy Governance and Capacity Initiative (EGCI), the United Stated Government provides a range of technical and capacity building assistance as Guyana seeks to develop financial and regulatory regimes and address capacity issues that would maximize the development potential from offshore oil and gas resources.