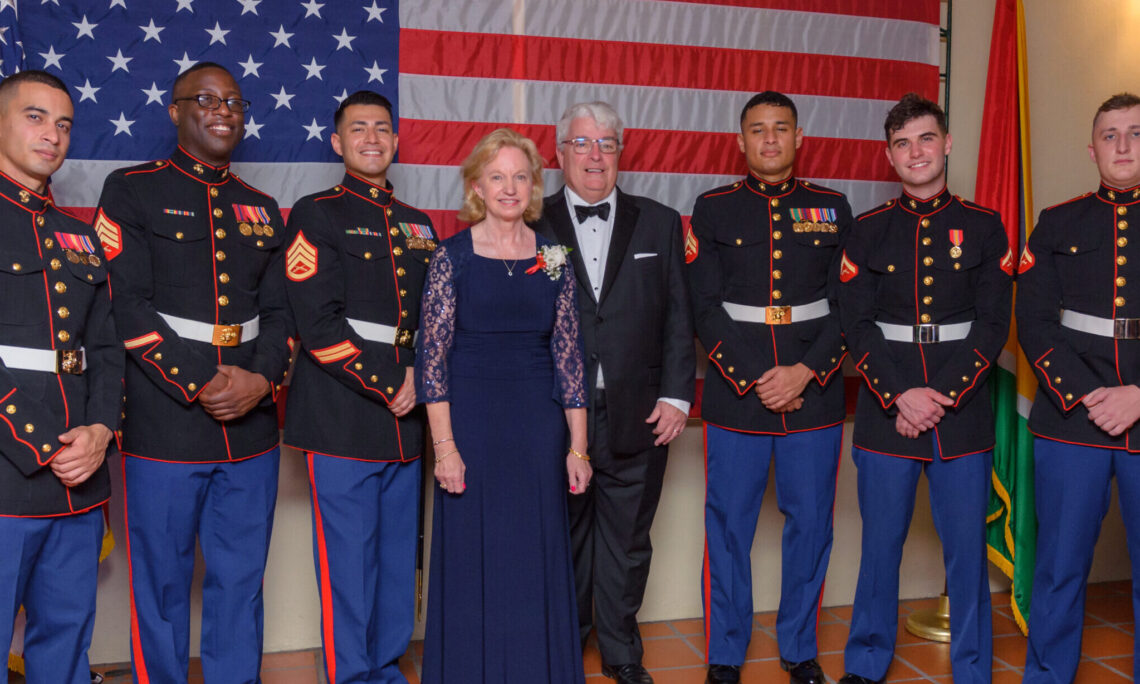 In honor of the 246th birthday of the U.S. Marine Corps, Ambassador Lynch hosted a small gathering at her residence on November 6. The U.S. Marine Security Guards marked the occasion with Ambassador Lynch as the guest of honor and guest speaker. The Ambassador read a greeting from U.S. Secretary of State Antony Blinken, thanking the Marines for their long-standing service and sacrifice for their nation.  In keeping with the tradition of the ceremonial participation of the oldest Marine, Retired Colonel Brian Chin from Georgetown attended.

For more than 200 years, Marines have been engaged with American diplomacy. U.S. Marines have been detailed as a security force escorting diplomatic personnel; they have defended, and rescued personnel at American embassies and consulates around the globe, safeguarding the commitment of the United States to the quest for peace and freedom worldwide.

The connection to Guyana is strong; Guyanese American service men and women travel to Guyana by the hundreds every year to visit family. Their dedication to service and security is a testament to the bond that exists between our two nations.