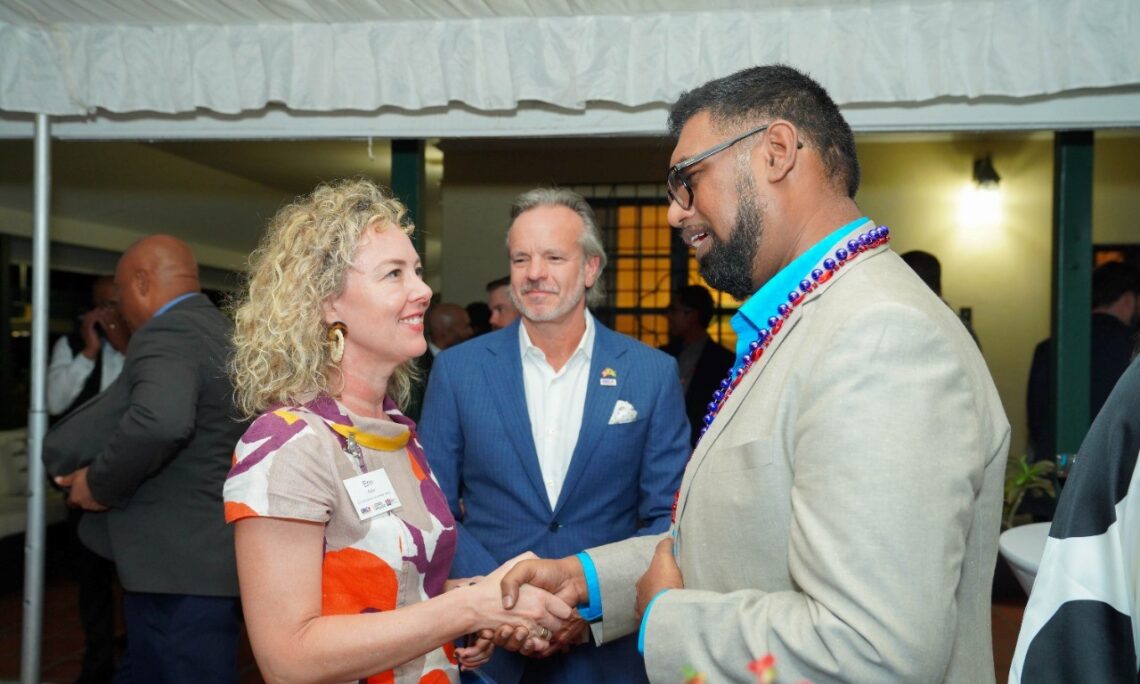 November 15-17, Embassy Georgetown and the Louisiana District Export Council (LDEC) led the largest trade delegation to Guyana.  More than 25 private sector leaders from across Louisiana and the United States connected with business leaders and government officials in Guyana. Joining the group were also economic developers, industrial training experts, Louisiana state officials, as well as U.S. government officials.  Combined, the companies represent over $238 billion in annual revenue, and employ tens of thousands around the world.

The delegation conducted productive meetings with key private sector contacts and experts to highlight Guyana’s business environment, learn about the government of Guyana’s efforts to promote investment and economic diversification, explore market entry strategies, foster partnerships, and develop closer trade and investment ties between Guyana and the United States.  Ambassador Lynch hosted a reception in honor of the delegation, which was attended by His Excellency President Irfaan Ali.  Ambassador Lynch highlighted the close physical and cultural ties between the United States and Guyana as one of many incentives for U.S. companies to invest in Guyana.  President Ali noted the excellent private sector opportunities across various sectors.  In total, the U.S. firms engaged with more than 70 local organizations in Guyana’s private and public sectors.  Both U.S. and Guyanese participants anticipate future partnerships and business deals as a result of the meetings.

With 23 markets and 41 million people, the Caribbean presents a growing opportunity for U.S. companies.  The delegation sought to capitalize on the strong bilateral trade relationship between the U.S. and Guyana, with bilateral trade reaching $1.4 billion USD in the first half of this year alone.  The delegation represented U.S. resolve to advance inclusive prosperity through partnerships.