Home Home | News & Events | Earth Day 2016: No Turning Back in the Global Fight against Climate Change 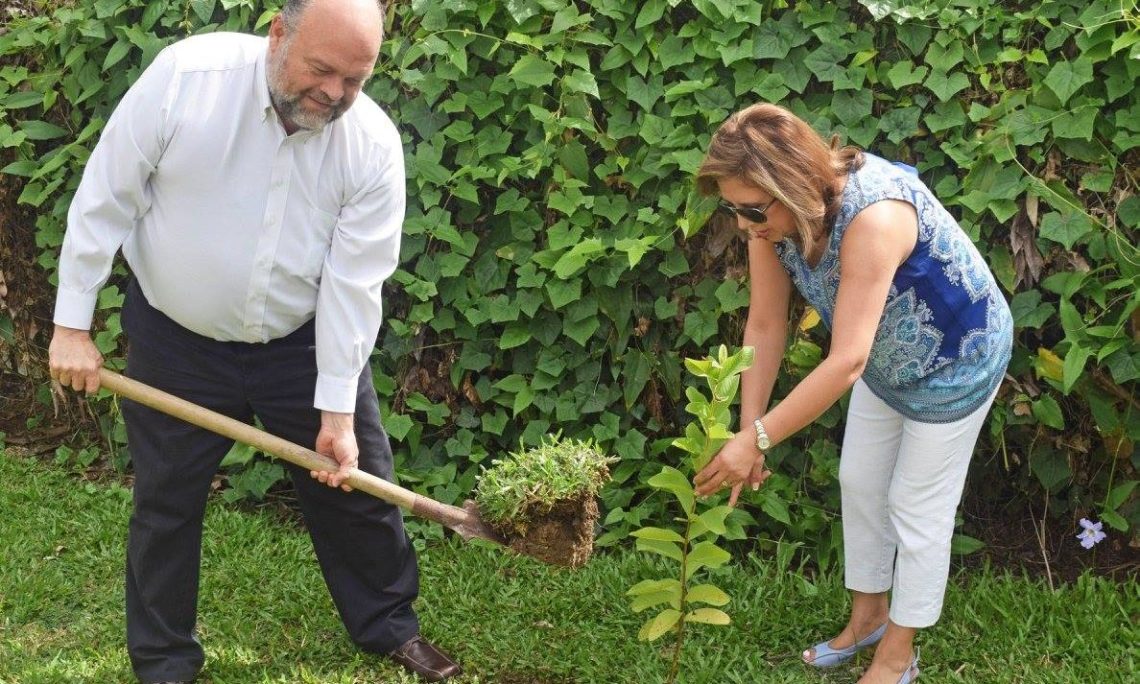 Georgetown – As people around the globe observe Earth Day today, world leaders are making history at the United Nations in New York.  Over 100 countries will sign the Paris Agreement on climate change, representing their commitment to join it formally.  This marks a turning point in the story of our planet and may set a record for the largest number of signers to an international agreement in a single day.  Moreover, last month, President Obama announced with President Xi Jinping that our two countries will sign the Paris Agreement today and formally join this year.  We are confident other countries will do so too, with the intention of bringing this historic and ambitious agreement into force as quickly as possible.

A greener future is already in sight.  Leaders of countries and cities are adapting and innovating away from fossil fuels and business owners are investing in a clean energy economy.  The United States is moving forward in its commitment to cut greenhouse gas emissions 26-28 percent from 2005 levels by 2025.  We are doing this through the strongest fuel economy standards in our history, through our twenty-fold increase in solar generation since 2009, and through proposed rules on everything from energy conservation standards for appliances to reduction in emissions of methane-rich gas from municipal solid waste landfills.

While we are taking significant climate action domestically, the United States is also focused on international cooperation to address this global challenge.  Our $500 million contribution last month to the Green Climate Fund (GCF) – the first tranche of the $3 billion U.S. pledge to the GCF – will help developing countries reduce carbon emissions and prepare for climate impacts, while also advancing our commitment to achieving the Sustainable Development Goals – another major landmark agreement the world came together around last year.

One of the most successful environmental agreements of all time is the Montreal Protocol, which is phasing out ozone depleting substances globally.  It set the ozone layer on a path to recovery and prevented tens of millions of cases of skin cancer among other health, environmental, and economic benefits.  Hydrofluorocarbons (HFCs) – which replace many of the ozone-depleting substances – do not harm the ozone layer, but they are greenhouse gases that in some cases can be thousands of times more potent than carbon dioxide.  The United States is working with partners to adopt an HFC phase-down amendment to the Montreal Protocol this year that could avoid half a degree Celsius of warming by the end of the century.

We also need international cooperation to change how we transport ourselves and goods.  The aviation sector represents two percent of the world’s total greenhouse gas emissions.  The International Civil Aviation Organization is aiming to achieve carbon neutral growth for international aviation by 2020.  The United States is committed to reaching an agreement on a global market-based measure that will help move the airline sector toward this ambitious goal.

This Earth Day – with the signing of the Paris Agreement – is truly a cause for hope.  It is also a reminder of our shared commitment to combat climate change.  We must all seize upon the momentum from Paris to build a clean energy future for ourselves and our children and grandchildren.