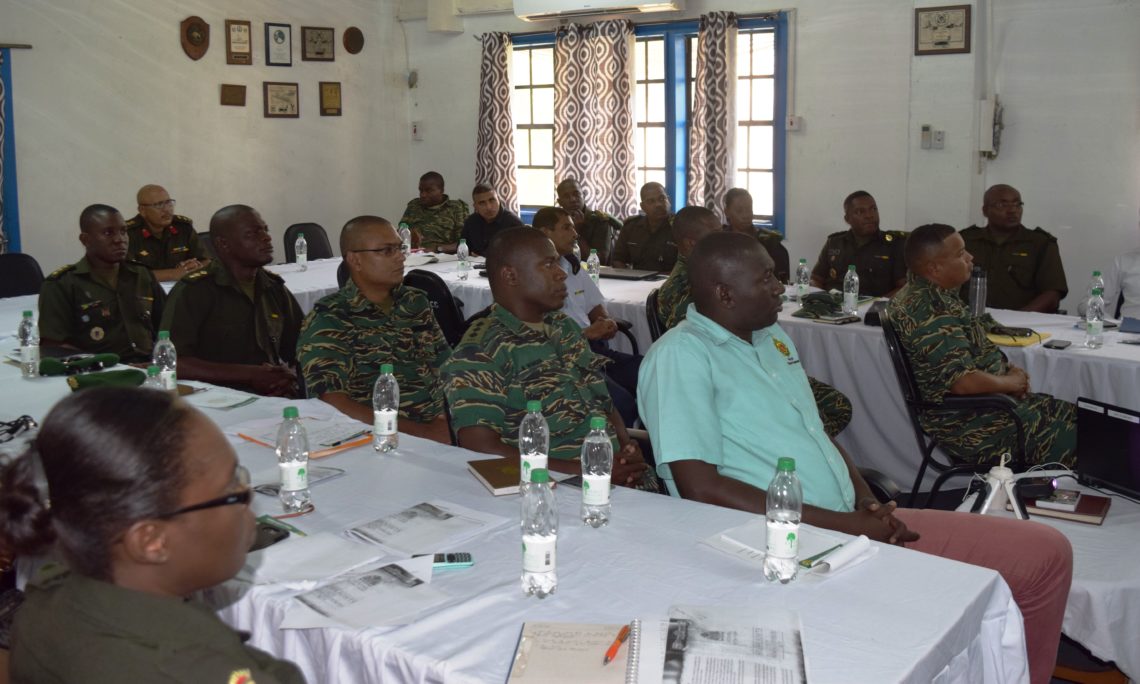 Brigadier General Canzoneri commands nearly 10,000 Soldiers and exercises management authority over all FLARNG programs.  In his remarks at the opening ceremony he stressed the importance of creating a culture where sexual assault, in any form, is not tolerated.  He said, “it takes time and is hard work, but in the end, doing the right thing creates a better work environment,” and will lead to lasting change.  He went on to say that sexual assault destroys unit cohesion and threatens military readiness by eroding bonds of trust.  In order to remain strong, he stressed the need to infuse prevention practices into the daily mission and encouraged officers to report any acts of misconduct.  The Brigadier General and his staff shared best practices, including initiatives introduced earlier this year to better protect ranks from bullying and hazing issues.  He also stressed the importance of two-way communication and welcomed ideas and techniques that are effective in Guyana.

Brigadier General Canzoneri also said it is the responsibility of every military member to encourage behavior that fosters a climate of dignity and respect. The FLARNG places great value in its ongoing relationship with the GDF, and the Brigadier General pledged that the two militaries will continue working together to take action to prevent sexual violence in its many forms.