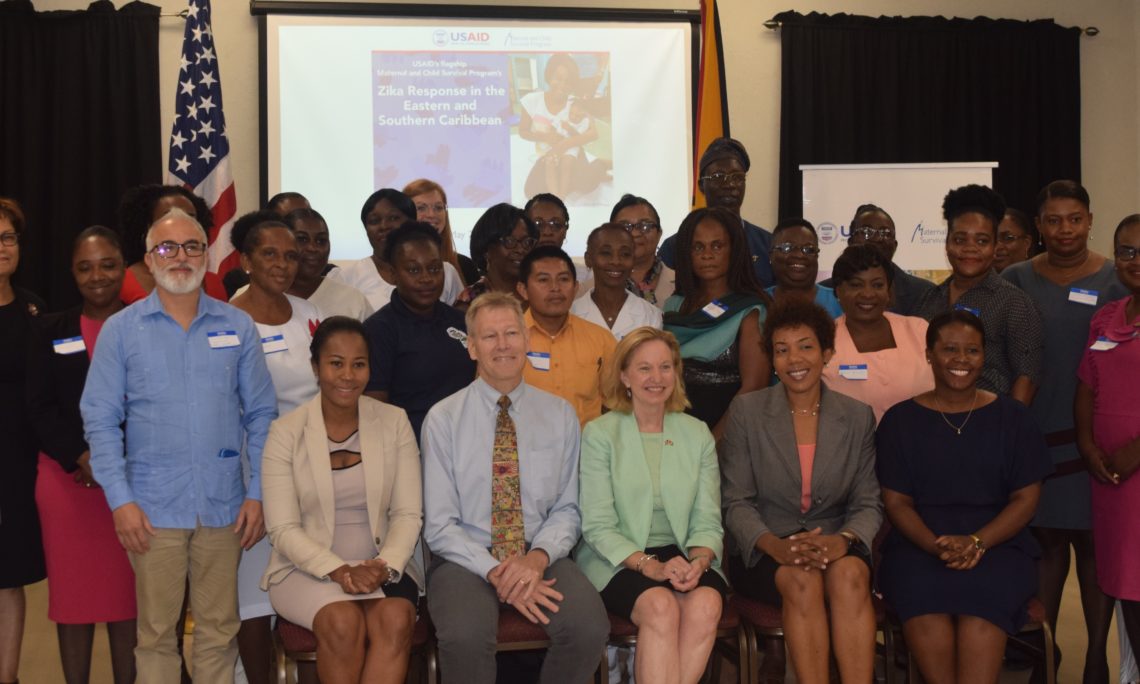 It is my pleasure to be here for today’s close-out event of the Maternal and Child Survival Program. It is a pleasurable because it shows the significant impact that has been made to fight this first outbreak of Zika, and prepare Guyana for the next.

This important health partnership between our governments supported clinical and non-clinical Zika services benefiting infants, children, and families across Guyana.

As we are all aware, Zika is a terrible disease that can affect future generations, specifically the developmental outcomes of children infected in the womb.

Although many people infected with Zika will have no symptoms or mild symptoms lasting up to a week, Zika infection during pregnancy can cause a serious birth defect called microcephaly as well as other severe fetal brain defects.

In February 2016, the World Health Organization declared Zika a public health emergency of international concern. By August that same year, the U.S. Government launched a multi-faceted Zika Project to strengthen the capacity of eleven Caribbean countries to prevent Zika infection and transmission; mitigate the impact of Zika on maternal and newborn health and child development; and decrease mosquito populations through effective vector control measures.

The U.S. Government’s support to Guyana started in September 2016 with funding provided to the Guyana Red Cross to engage communities in the prevention of Zika transmission in their neighborhoods.

The Maternal and Child Survival Program began in Guyana a year ago last March, 2018, in close partnership with the Ministry of Public Health to improve the clinical capacity of service providers to care for new-borns and small babies.  The project also improved health workers’ ability to provide therapeutic early stimulation to children experiencing developmental delays, and psychosocial support to mothers and families affected by Zika.

The re-vitalization of a support group for caregivers of children with development delays, and the integration of therapeutic early stimulation into the public health nursing curriculum at the University of Guyana, are among the project’s many successes.

Guyanese healthcare workers now also have increased access to clinical literature and job aids to improve the quality of care and support available to affected infants and families.  While this work focused specifically on Zika, I would like to underscore that the investments made are far reaching and will help strengthen the public health response to all mosquito-borne illnesses.

Today, thanks to continuous and dedicated work to curb the spread of mosquito-borne illnesses, reported Zika cases have decreased. The significant decrease in cases compared to this time last year suggests that the risk of infection with Zika is minimal in Guyana. However, debate continues within the scientific community not as to IF there will be another Zika outbreak in the future, but rather When the next outbreak will occur. So we must remain vigilant.

The tools, procedures, and systems developed during and after the recent Zika outbreak can be used to ensure a strong and effective response to any future outbreak and to minimize the detrimental health and development impact of Zika on future generations.

I would like to take this opportunity to thank every one of you for your dedication and commitment to this initiative. We are pleased that you are well equipped to continue this fight against Zika and other mosquito-borne illnesses in Guyana.

This success would not have been possible without strong national partners such as the Ministry of Public Health, the University of Guyana, and of course the people of Guyana. Again – Thank you for your service and for an important public health partnership that will continue delivering critical impact well into the future.