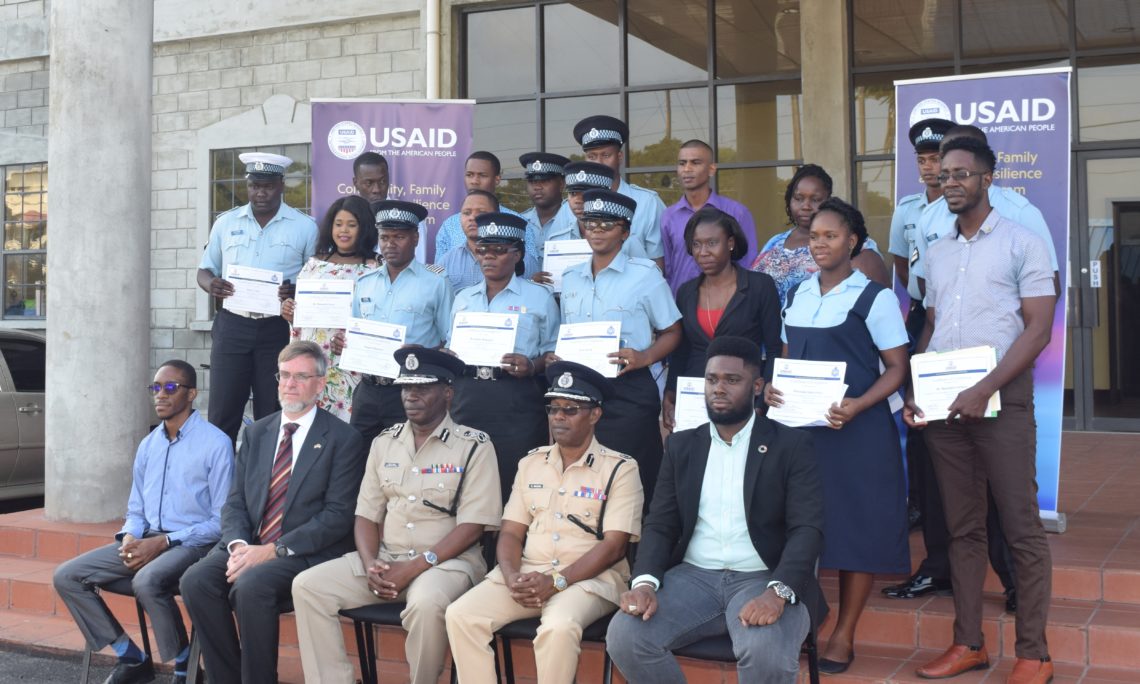 Members of the media;

It is a great honor and privilege to represent the United States Government at today’s graduation ceremony, and to salute you outstanding members of the Guyana Police Force for successfully completing training in Social Crime Prevention. You should be proud of your accomplishments, and even more so of the impact that this training will have on individuals, communities, and Guyana as a whole.

The United States Embassy has a longstanding and very successful partnership with the Government of Guyana, working in the areas of citizen security and crime prevention.

As part of the Caribbean Basin Security Initiative, the U.S. Government, through the Bureau of International Narcotics and Law Enforcement Affairs and USAID, has supported strengthening Guyana’s law enforcement capabilities in a number of areas.

In 2016, the United States launched multiple programs to reduce youth involvement in crime and violence including the Community, Family & Youth Resilience program under which this training is offered. Implemented here in Guyana and throughout the Caribbean, it benefits at-risk youth between the ages of 10 to 29 by strengthening family and community support systems to create alternatives to involvement in violence.

Why do we dedicate so many resources to this work? As those of you on the frontlines are well aware, in a major 2017 study, nearly one in four Guyanese reported that security, crime and violence were the most pressing issues facing their country.

Throughout the Caribbean – as in the United States — creating safer communities is not a job for any one individual or any one agency, and certainly not just for the police. As this social crime prevention training reminds, it is a job for all of us. It is only by working together that we can create the kind of society we want to live in.

I recognize the leadership of the Guyana Police force for embracing this training opportunity. I want to acknowledge the role you play, to ensure that strong community partnerships continue to be an important part of how your Force operates.

Let me close by thanking each of you for your dedication and partnership. As we continue down the road towards a safer Guyana, the U.S. Government stands alongside you.